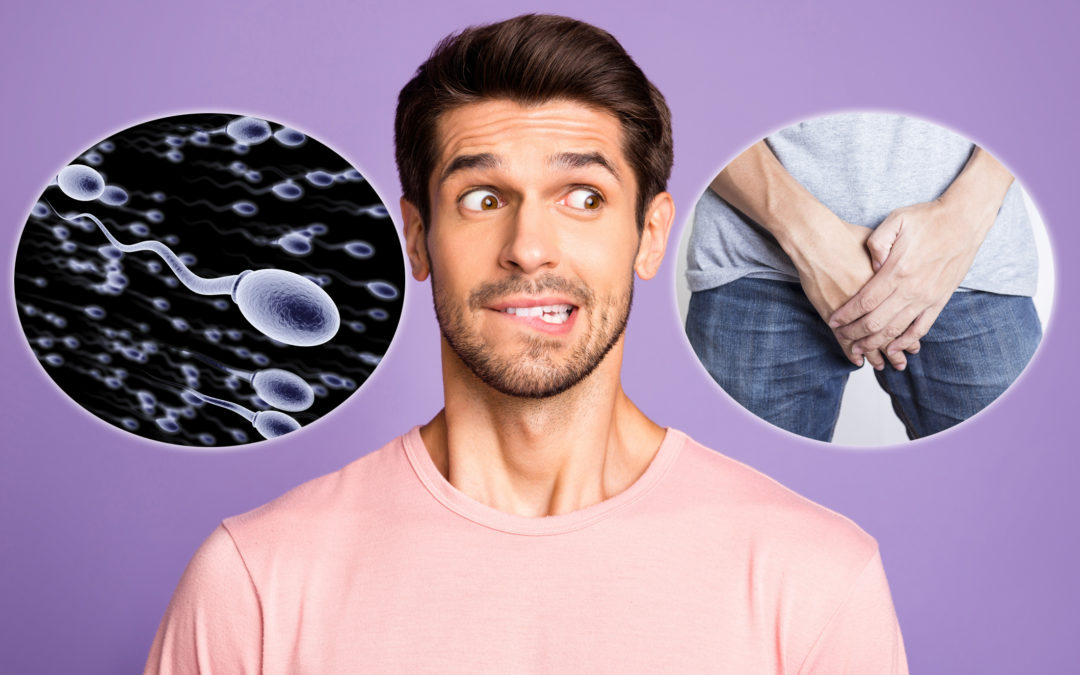 Nearly 1 in 7 couples is infertile, which means there is no pregnancy even though they’ve had frequent, unprotected sexual intercourse for a year or longer.

The male factor can be the cause of infertility, and this can lead to a stressful relationship.

When to see a doctor?

If no pregnancy after a year of regular unprotected intercourse, and if there is:

– Pain or swelling in the testicle area.

What are the causes of male infertility?

The most common problem is with the production and maturation of sperm. Sperm may:

– Have a strange form.

– Not move the right way.

– We can have oligospermia (low number of sperm) or azoospermia (absence of sperm completely).

Other causes of low sperm numbers include long-term sickness (such as kidney failure), childhood infections, or hormonal testosterone disorder.

Damage to the reproductive system can cause low sperm numbers or the total absence of it ; which can cause the obstruction of the tubes that the sperm travel through.

Varicoceles are overinflated veins located in the scrotum; they are more common in infertile men (40 out of 100). They stop the growth of sperm by blocking blood drainage and lead blood to flow back into your scrotum from your belly; the testicles are then too distended and hot to touch for making sperm, which can cause low sperm number.

Retrograde ejaculation is when semen goes into your bladder instead of out the penis. This happens when nerves and muscles in your bladder don’t close during orgasm; it can be caused by some procedures, medications, or health problems of the nervous system; signs are turbid urine after ejaculation and dry ejaculation.

Sometimes a man’s body makes antibodies that attack his own sperm because of a certain surgery or infection. Antibodies prevent sperm from moving and working normally in order to fertilize the egg.

Sometimes the tubes which sperm travel through can be blocked; some infections and surgeries (such as vasectomy) can cause blockage. Any part of the male reproductive tract can be blocked, which can lead to infertility because the sperm from the testicles can’t leave the body during ejaculation.

Hereditary disorders such as Klinefelter’s syndrome; in which a male is born with two X chromosomes and one Y chromosome (instead of one X and one Y) cause abnormal development of the male reproductive organs.

Certain medications have side effects on sperm production, function, and delivery. These medications help to treat:

Several factors can increase the risk of male infertility:

– Being exposed to toxins.

– Having a history of undescended testicles.

What are the complications of male infertility?

Some measures must be taken into consideration to prevent infertility:

– Don’t get a vasectomy.

– Avoid things that overheat the testicles.

Diagnosis and Treatment
Our Specialization